Kangaroo / We Are The World

Both videos demand answers. What were they thinking would happen with a boxing kangaroo? And what are the Japanese thinking? Just across the board, at this point...
Posted by Professor Atish at 8:04 PM No comments: 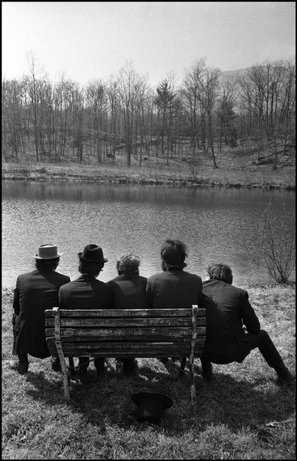 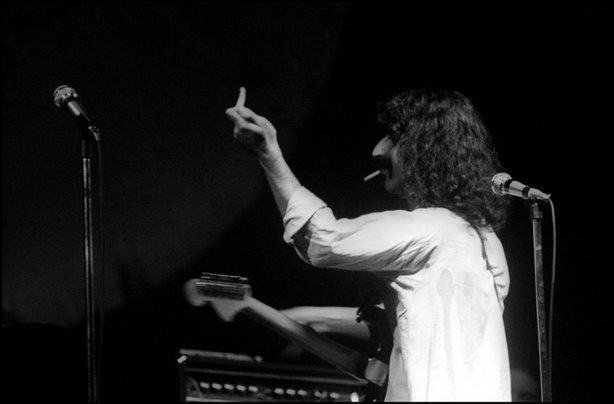 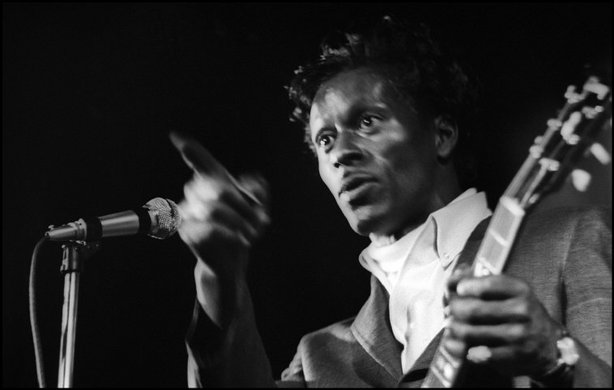 A brief reflection on a post I just made: being a part of the last generation that remembers life without the Internet or globalization does not make me particularly proud. It's better than being born later, sure. But it's not the velvet generation that I would have loved to have been a part of (though, of course, had I been born then, I wouldn't have lived so well...)
The Magnum photo gallery only goes to prove it. Wouldn't you kill to be a part of that? So cool in every respect. 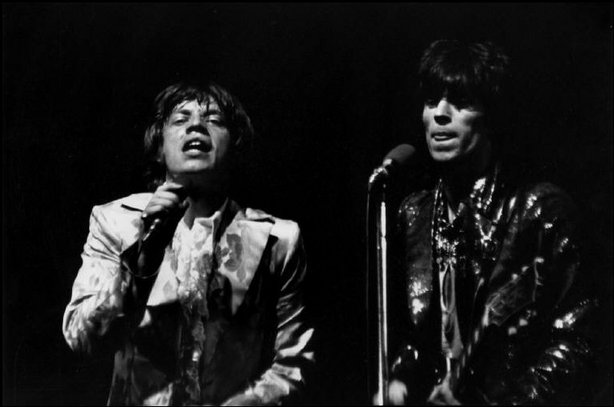 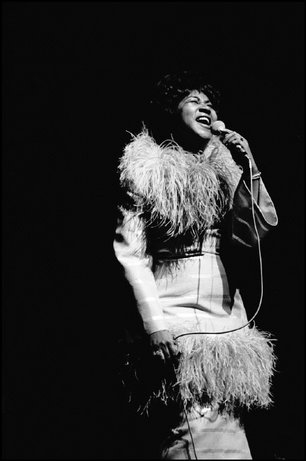 Posted by Professor Atish at 7:49 PM No comments:

"The result, in the hands of masters of the form, combines business meeting and poetry slam to transform corporate cliché into surprisingly compelling beat-the-clock performance art."

Yeah, right. Well, actually, I'm intrigued. Although I'm never sure why PowerPoint became the subject for art. Oh, right. It started as a joke.

Truth is, given that I live regularly with the form (and hate it), I think that the poetry slam transformation of a business meeting should become a de facto standard in the meeting rooms of the world. What is a virtuoso performance? Say what you want, quickly, directly, and get the hell out. We'd be better for it, and less spiteful of our jobs. Come on, America!
Posted by Professor Atish at 7:42 PM 1 comment: The margaritas should be as large as a neurosurgeon's head - Mexican proverb
Not infrequently, it occurs to me that I'm a member of a unique generation, for whom two things are true. I can remember life without email and web browsing and I can remember a time when ethnic food was exotic in a strange way, not an exciting way. When it was harder to keep in constant touch with faraway people, particularly in the frivolous, everyday way allowed by email and Flickr and blogs and the lot. And when sushi was something that only New York yuppies or California weirdos ate, and where, if you grew up in the suburbs, you were lucky to have a single greasy Chinese place serving pu-pu platters and a Taco Bell. A time, the 80s, specifically, before the two great themes of our generation became manifest: globalization and the Intenret.

One strange remnant of this disconnected provincialism held over into New York when I first arrived here eight years ago: it was hard to find really good Mexican food. Why?

It didn't really make any sense, but it was almost a truism. And not even in comparison to the excessive pride that San Francisco takes in its burritos. Even compared to the odd Mexican restaurant that you might find at the bottom of Federal Hill in Providence, or on California Avenue in Palo Alto.

Unplanned, but not unappreciated, I spent a weekend eating Mexican food recently, and I can heartily recommend two New York venues.

First, Nolita's Cafe El Portal, which I visited with friends following after work drinks. Cozy, inexpensive, and quite delicious (at least if you're hungry and a little drunk), the real winning touch is that, while waiting to seat you in their small, sunken dining room, they will bring you frozen margaritas in plastic cups for you to enjoy on the sidewalk. Drinks on the sidewalk. Ole!

Second, Brooklyn's Hecho En Dumbo, in my favorite neighborhood, for its feel of secret abandon. Traditional Mexican fare, classed up in that way that certain neighborhood's demand. Also, atmospheric in the right ways. Not everything was a home run, but the sopas with crab meat were delicious, and the spicy pork tacos were the bomb.

Finally, worth a mention, less for the food than the frozen margaritas, the venue, the crowd, the green-friendly ethic, is Habana Outpost. Go there after a summer rain, where it's not as crowded, everything is just as good, and there's likely to be a MeetUp.
Posted by Professor Atish at 7:23 PM No comments:

One of the best shows I have seen this year. A couple of weeks ago, ED and I took a break from being perpetually stressed out by our jobs to wander around Chelsea on a gorgeous Saturday afternoon. We saw a few good things, a few less good things, and one incredible show. Sze Tsung Leong's Horizons at the Yossi Milo gallery.

Admittedly, the collection was right in my sweet spot, but the photographs worked at so many levels for me. First off, they are gorgeous - expansive landscapes, evoking the basic geometry of the horizon, all sharing a common framing and visual syntax. The subject matter, impressive in its global scope, ranged from cities to people to landscapes to seascapes, all bleeding into washed out skylines of gray and white. Each of the photos evoked a common density, bleakness and dullness, which certainly characterizes one aspect of a world overrun with industry, people, buildings, and things. Within the scope of this commentary was enough room for the constant, irrepressible beauty of people and of nature and, at some basic level, of the capacity of human industry. From the good comes the bad. All of this wrapped up in a wonderfully curated show, where the prints were all hung level, to create a common horizon across all of the photographs. Well worth a look, and while much of the photos can be seen online at the artist's website, they are even more powerful when viewed together.

Alright, so I haven't been writing much about music lately. That's not because I haven't found that many good albums (it has been a little slow), but more so that I haven't had as much time to listen in depth, and haven't had that much time to write. I can recommend, in the last few months, the new Times New Viking (if you like GBV), the El Guincho record, and parts of the new Dengue Fever record. Also, I've caught up on and really like Brigthblack Morning Light and Robert Wyatt's Comicopera, as well as most of The Thermals record.

But, the new album from The Big Sleep - an immediate cause for praise and recommendation. A great, atmospheric, moody, dynamic collection of songs that also really fucking rocks. I saw the band open up for The Hold Steady last summer in Prospect Park, and hadn't been that immediately taken by a band that I'd never heard before since seeing the Arcade Fire open for the Wrens so many years ago at the Knitting Factory. They came out sounding assured and complete, with a sufficiently distinct sound to make me hungry for their album - whose release I apparently missed in my winter haze, but which I stumbled upon the other night. Worth it, as it consistently brings an alternating palette of sonic and lovely, just what I love so much in a good rock and roll band.

I am hoping for a show in New York soon, and if anyone wants to join, well, you can join.

Friend and sculptor Mike Ross, responsible for the monumental and mercurial Big Rig Jig, has created a bit of undeserved controversy that is apparently jeopardizing his new sculpture, proposed for the interior of a Seattle subway station. The sculpture, which would involve disassembling two decommission fighter jets and re-assembling them into a configuration that was supposed to represent (I believe) doves is clearly intended as a critique of the military-industrial complex and the war machine, in general. Apparently not what local Democratic activist groups think.